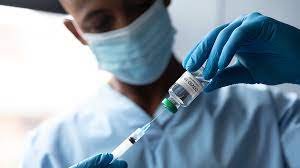 Assam News: In Mumbai, about 2,000 people have been killed in the fake Covid camp. In this regard, the police have received more than six complaints from the public. Police have also arrested 10 people involved in the incident. One of the detainees was a woman. Who provided the username and password of the Coin account user to prepare the immunization certificate.

It is to be noted that the accused has been charged with attempted criminal homicide and not for committing the same criminal offense as murder. According to the Mumbai Police, the victims of the scandal may have been given challan or bottled water.

In this fraudulent operation, Pravancha embezzled about Rs 12.40 lakh from the public. Manish Tripathi and Mahendra Singh were the main accused in the case. Mumbai Police is still investigating the whole incident.